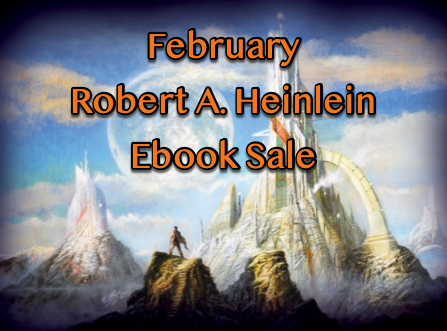 
For the month of February we’re offering discounts on ALL of our Robert A. Heinlein backlist titles. Fall in love with the work of “the Dean of Science Fiction” or revisit an old favorite.

Mankind eventually hopped its way across the nearby stars to Lalande 21185, only to find a few dead, rocky worlds bathed in radiation and a system-wide debris field that made navigating all but the edges of the system hazardous for large spacecraft. But the debris was more than just stray asteroids and space junk. It was wreckage. A war had occurred in the system. But despite hundreds of scavenger crews searching the system for scrap, no complete ships were ever found—until now. And if you enjoy “Black Box,” check out more stories of ancient aliens in Worlds Long Lost, edited by Christopher Ruocchio and Sean CW Korsgaard here.

With the benefit of hindsight, it’s funny to think it all began with breakfast.

I should have known that Alan wanted something when he offered to treat me to a hot meal at Dino’s Cantina, one of the rare greasy spoons that serves real food on Flotsam Station. Alan’s a decent sort for a scrapper, but he could have been trying to talk me into selling him a kidney if it meant avoiding another meal in the station mess hall.

Credit where it’s due, the man knew to wait until we’d finished eating to try and pitch me on anything. The eggs were runny, and the bacon overcooked, but considering it was the first meal that I had eaten in weeks that wasn’t freeze dried, vat grown, or squeezed from a tube, I savored every bite. Mopping up the last of the yolk with a hunk of dark bread, I decided to finally broach the topic.

“Alan, I know you didn’t ask to meet just to swap war stories, and if you’re springing for real eggs and pork, it’s got to be one hell of an ask,” I said. “So, what do you want from me?”

“Straight to business then, eh Murph?” Alan said, running a hand across his scalp, his short red hair bristling. “Officially, our techie was injured on the job working our current patch of the debris field, and you’re her replacement until we can decide whether there’s enough worth a damn in our current patch to file a claim.”

If I weren’t more observant, I might have taken it personally that I was essentially being offered scut work. Luckily, we’d done this dance before. Baen Books has signed a contract with author Christopher Ruocchio to publish the final two books in his internationally award-winning Sun Eater series, as well as for a first look deal for Ruocchio’s next series.

You can now email EPUB Ebooks to your device directly from Baen.com!

We’re happy to announce an easier way to deliver our Ebooks directly from Baen.com to your favorite Ereader. You can now email EPUB files directly to your device from our site—no download necessary!

Origins of the West African Launcher from TCG Files

— TCG INTERNAL USE ONLY —


Benefit of Proposal: The space between the Earth and Moon is filled with a variety of spacecraft performing many functions vital to modern society. The sheer number of spacecraft, the range of orbits they cover, and the diversity of their activities have outpaced predictions of even the most optimistic of space enthusiasts from before the Second Space Race. This abundance challenges the space industry’s capability to resupply, repair and provide other services to in-orbit customers. While large reusable heavy lift rockets have provided the most economic way to move high volume payloads to orbit for a generation or more, that delivery method is suboptimal for multiple point orbital deliveries. This proposal identifies a new system capable of reliable repeatable launch of payloads up to one ton into any Earth-centered orbit on-demand to meet this need and propel TCG to the forefront of this emerging market segment.

Lucille Robbins, Eric Flint’s widow and heir, in conjunction with Baen Books would like to announce the forthcoming titles from Eric Flint.

Baen to publish sword and sorcery series The Chronicles of Hanuvar, with first book in August 2023 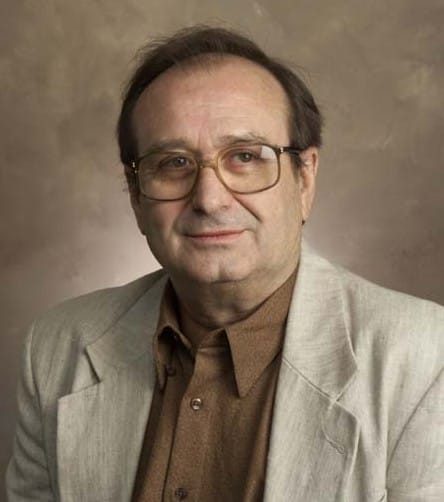 It is with a heavy heart that we share the news that Eric Flint has passed away. We were proud to publish Eric’s first novel, Mother of Demons, in 1997, and to continue publishing his many worlds, including the best-selling Ring of Fire series that started with 1632.

There are several of Eric’s works already delivered and on the schedule. Eric was a tireless collaborator, and readers can also expect more of his works to be released with Eric’s designated collaborators in the future.

We will be celebrating Eric and his works on the Baen Free Radio Hour this week and the following week and encourage all to tune in. 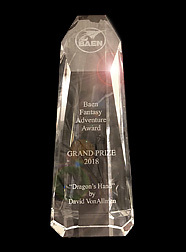 Lakewood, Colorado author Wil McCarthy has been named the winner of the 2022 Prometheus Award for Best Novel, for his novel Rich Man’s Sky.

Jim Beall (BS-Math, MBA, PE) has been a nuclear engineer for over forty years, a war gamer for over fifty, and an avid reader of science fiction for even longer. His experience in nuclear engineering and power systems began as a naval officer. Experience after the USN includes design, construction, inspection, enforcement, and assessment with a nuclear utility, an architect engineering firm, and the U.S. Nuclear Regulatory Commission (USNRC).

Borders: From the First Sumerians to the Last Starfighter


Borders are all around us, some made by nature, some by man. Below is possibly the most recognizable manmade border of them all, The Great Wall of China. 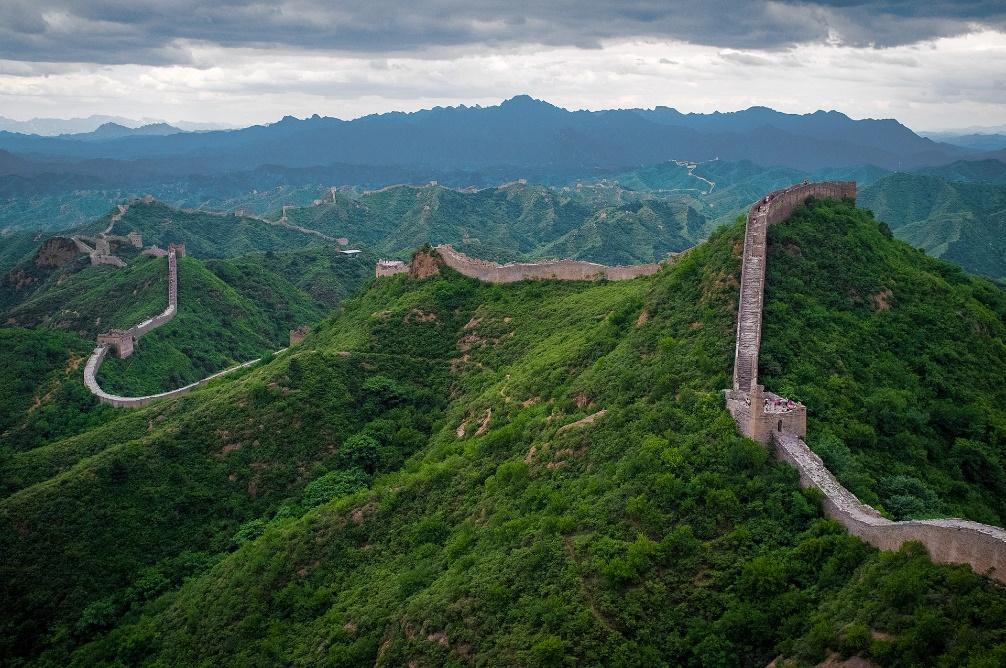 But what is a border, when did they begin, and why do we have them? 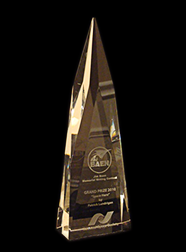 Elaine Midcoh of Pembroke Pines, Florida, has won the grand prize in the 2022 Jim Baen Memorial Award competition for her short story, “Man on the Moon.”

To Whom It May Concern:

What is it we do at Baen Books? We publish books at the heart of science fiction and fantasy.

Science fiction has traditionally been a unique kind of intellectual pleasure, a process of glorious intercommunication and inspiration, with ideas flowing from scientist and engineer to writer and artist, to reader and viewer, back and forth, in a delightful mélange of shared thoughts, wild speculation, cautionary tales, reality checks, and the sheer fun of playing with boundaries and ideas. It is not for everyone. But those who enjoy it, take great pleasure in the dialogue.

When the modern form of SF began, with Hugo Gernsback and the other pulp magazines of the early 20th century, the publishers fostered that interaction through letter columns in the magazines and by encouraging science fiction readers to organize in clubs and meet in conventions. Baen Books continued that tradition with Baen’s Bar, a kind of virtual convention and on-line conversation that has been around in some form for over 20 years.

The moderators are volunteers. The readers, editors, and writers post and interact on the Bar at their own desire. Some conversations have been gone over so many times, they’ve been retired as simply too boring to contemplate again. Sometimes the rhetoric can get heated. We do not endorse the publication of unlawful speech. We have received no complaints about the content of the Bar from its users.

That said, it has come to our attention that allegations about the Bar have been made elsewhere. We take these allegations seriously, and consequently have put the Bar on hiatus while we investigate. But we will not commit censorship of lawful speech.

It is not Baen Books’ policy to police the opinions of its readers, its authors, its artists, its editors, or indeed anyone else. This applies to posts at the Bar, or on social media, on their own websites, or indeed anywhere else. On the Bar, the publisher does not select what is allowed to be posted, and does not hijack an individual’s messages for their own purposes. Similarly, the posts do not represent the publisher’s opinion, except in a deep belief that free speech is worthy in and of itself.

To all of those who expressed interest and support for Baen's Bar in recent weeks, we are happy to announce it is back on-line, though with some changes. Baen is handing the Bar over to its users, and will henceforth be run by SFF Forums, LLC, and may be found at https://www.baensbar.net. Returning users will be able to use the Bar as usual, but new members will have to make a purchase at baen.com before they can log in. (Note: New users will not have to buy a book; there is a Bar tipjar option so they may contribute to the maintenance of the forum).