Into the Vortex - eARC 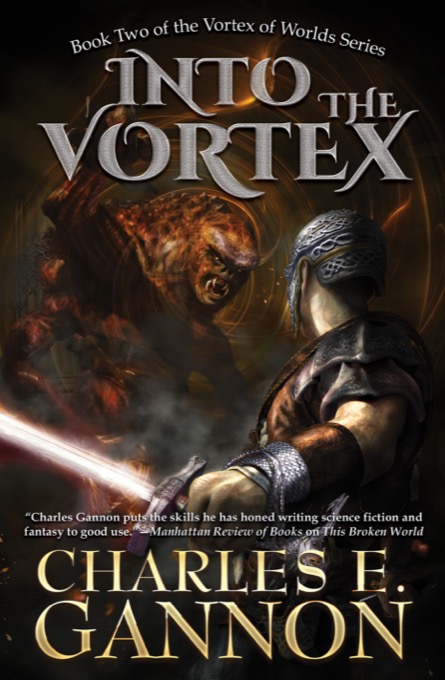 A little bit of knowledge can be a dangerous thing . . . but knowing the full truth might get you killed.

Druadaen, Outrider for the once-mighty Dunarran Consentium, has proven that there are irreconcilable contradictions between magic and physics on Arrdanc, the world of his birth. And what is his reward for this important discovery, made against all odds and at considerable personal risk? Exile—organized and compelled by nervous temple hierarchs.

However, Druadaen remains determined to uncover what several ancient persons and beings have urged him to seek: “the truth of the world”—which might only be gained by travelling beyond it. Indeed, the mysterious Lady of the Mirror speculates that he might find the answers by journeying to the other side of her unusual looking glass: a reflective, ethereal portal that she calls a “shimmer.”

But there’s a catch: because the mysterious portal only allows a single person to pass through, Druadaen must leave his companions behind. Unfortunately, once he has, they discover that the “shimmer” only allows travellers to leave Arrdanc, not return to it. So his friends, led by stalwart swordsman Ahearn, resolve to find another means by which they can retrieve Druadaen—and with him, the truth of the world.

There’s just one small problem with their quest: the closer they come to finding a solution, the more obvious it becomes that various powers on Arrdanc don’t want them to succeed. In fact, they’d rather Druadaen doesn’t return at all.

So much so that they might kill both him and his friends in order to prevent it.