No Game for Knights - eARC 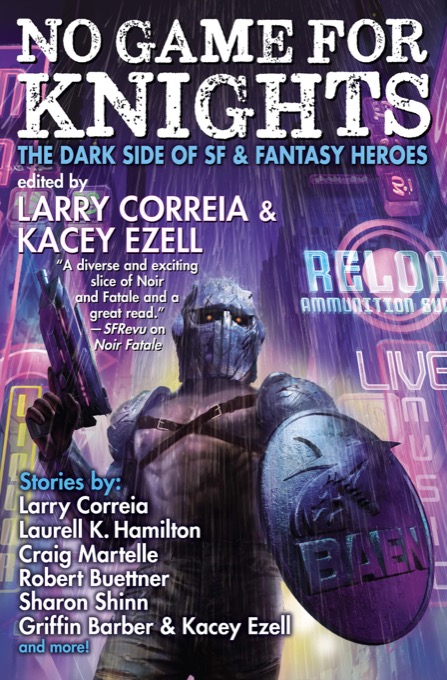 “Knights had no meaning in this game. It wasn’t a game for knights.” —Raymond Chandler

In a world of criminals, thugs, con artists, cheats, and swindlers, there must be a man to stand against the powers of darkness and corruption. A man not afraid to walk the mean streets—whether they be those of 1930s Los Angeles, an ancient fantasy realm, or some far-flung planet of a future star empire. He is a man who knows that a “good man” is not always a “nice guy.” But when the chips are down, he understands that a hero does the right thing, even if it means losing everything.

He is Sam Spade. He is Philip Marlowe. He is Rick Deckard. He is Harry Dresden.

He is all these men and more.

Now, join Larry Correia and Kacey Ezell as they present all-new stories of fantasy and science fiction with a hardboiled detective bent by today’s top authors.

Grab the bottle of Scotch from your bottom desk drawer. Light a cigarette. Tilt your fedora back on your head. But don’t forget to watch your back. This is No Game for Knights.